Some common ingredients in Greek Cooking could be cheeses, oils, fruits, nuts, eggplant, zucchini, fresh herbs such as basil or oregano. Fish, seafood and lamb are commonly used in Greek Cooking. 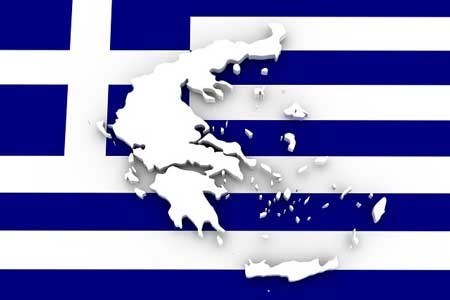 Get all of our International Cooking Section plus more in one ebook, free of ads and easier to use in cooking activities. Included in the ebook: 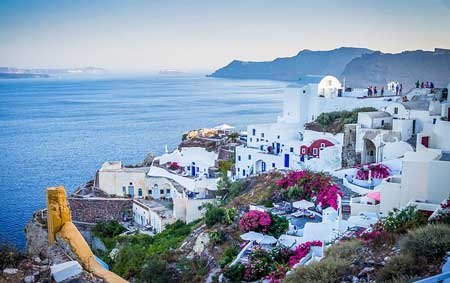 Arrange tomatoes, cucumbers, olives and feta cheese in bowl. Toss together gently and pour olive oil and vinegar over top. Season with pepper. 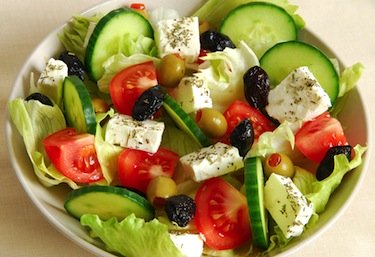 Add ingredients together and chill in refrigerator.

Prepare the marinated meat and yogurt dressing and store in fridge in the morning.

Before dinner cook meat and place in pita bread. Top with yogurt dressing. 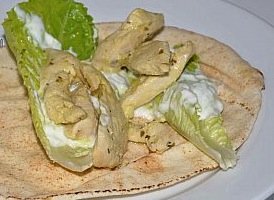 In large pan sauté onion in olive oil. Squeeze excess water out of spinach. Add to onions. Cook over low heat several minutes. Crumble feta cheese in medium bowl. Add in cottage cheese and eggs. Stir in breadcrumbs and spinach mixture into cheese. Stir together until well combined. Cut phyllo sheets into squares of 4-5 inches. Cover sheets that you are not using to prevent them from drying. With pastry brush, brush melted butter over each square, layer several squares together and add a spoonful of spinach filling to middle. Fold top over in a triangle shape. Brush tops with butter and place on a cookie sheet. Continue with remaining phyllo sheets and spinach filling. Bake at 425 degrees for 20 minutes. 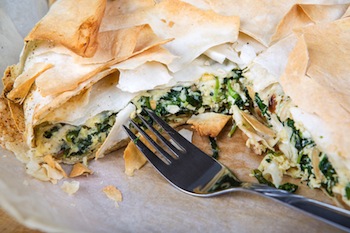 A famous Greek cooking recipe that is also famous in Middle Eastern cooking.
Grease a 8x11 pan and layer several sheets of phyllo in bottom, brushing each sheet with melted butter. Cover sheets that you are not using to prevent them from drying. In bowl mix ¼ cup sugar, walnuts and cinnamon together. Sprinkle mixture over top of phyllo sheets in pan. Add remaining sheets of phyllo, brushing each sheet with melted butter. Cut squares through layers of sheets and then diagonally through each square. Bake at 300 degrees for 1 hour or until golden brown.
Before baklava is done cooking make the sauce. In saucepan add water, lemon juice, honey and vanilla. Bring to a boil and continue stirring until sugar is dissolved. Pour over hot baklava. 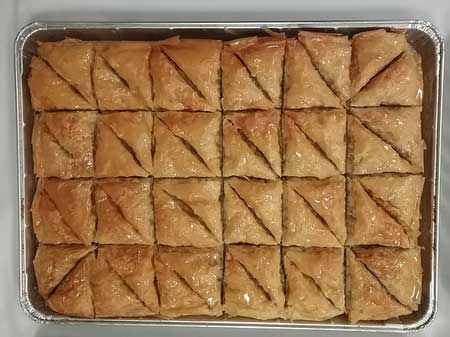 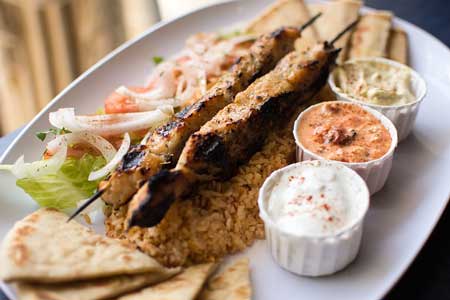 This Greek cooking recipe is a great tasting shish kabob. Pork is used for this recipe but you can substitute beef or chicken if desired.
In ziploc bag add lemon juice, olive oil, soy sauce, oregano and minced garlic. Add pork cubes, onion chunks and pepper chunks. Seal and marinade in the fridge overnight or several hours. Place meat and vegetables on skewers and grill. 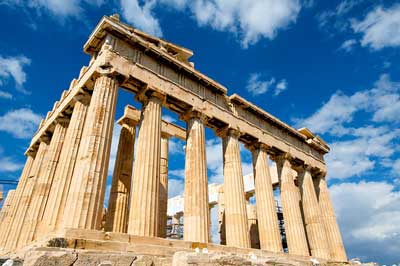 Cooking Around the World Studies

Do you have an International Recipe or World Studies Fact?

Do you have an International recipe or know a lot about a country we could add to our world studies section? You can create your own page.

Take me to another International recipe page, Indian Cooking